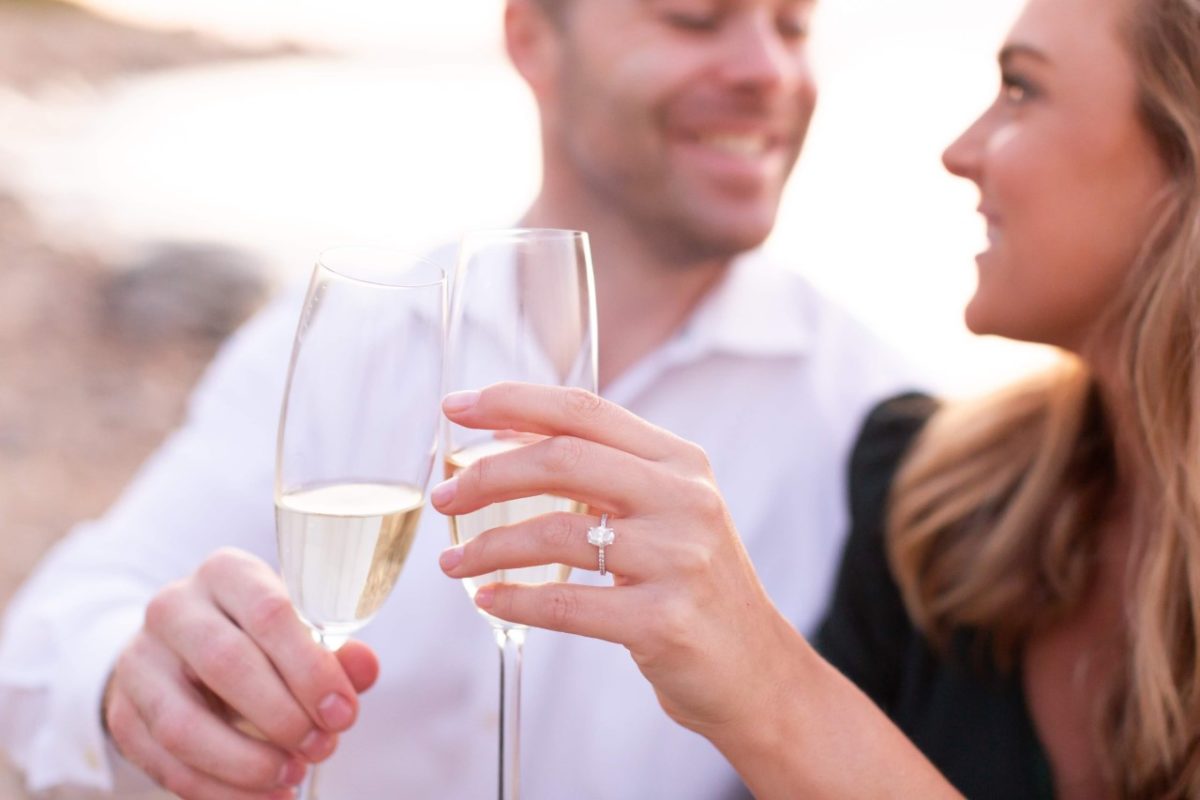 The saying goes that “when the stars align, we will meet again.” In Boston terms, it means that we’ll run into each other at an Irish pub.

Lauren and Rob’s paths first crossed at Merrimack College when they were introduced to each other by mutual friends. There was always a flirtatious eye for one another across the beer pong table, but the road didn’t lead to much more than that at the time. Sparks eventually fizzled out when Lauren left Merrimack for North Carolina her Junior year.

Fast forward five years and the stars finally aligned at (you guessed it) a Boston Irish Pub. The two physically ran into each other when Lauren was reaching for a drink and instantly recognized Rob standing next to her. Sparks flew and the roads eventually joined paths quickly after their first date in the North End a few weeks later. 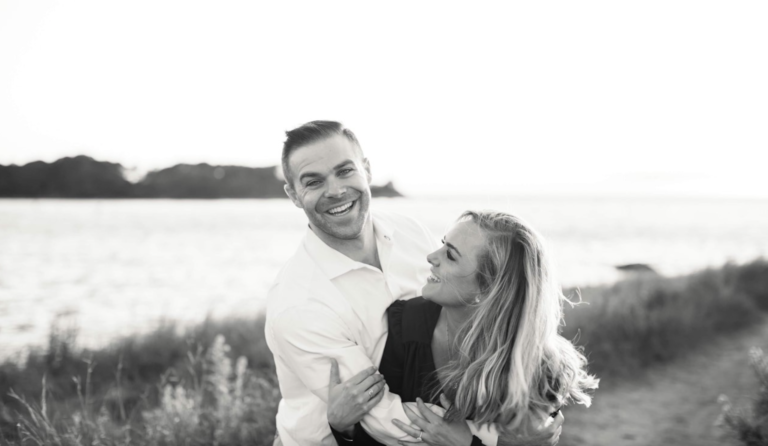 When Rob decided to pop the question, he stumbled across EB Horn during his walk home after work (750 ft from his office to be exact.) He quickly knew it was the right choice when he started to learn the ins and outs of rings from Norm, including the 4 C’s.

After he decided on the perfect ring and went through the proper channels with the family, Rob knew that he wanted to make the proposal one to remember. 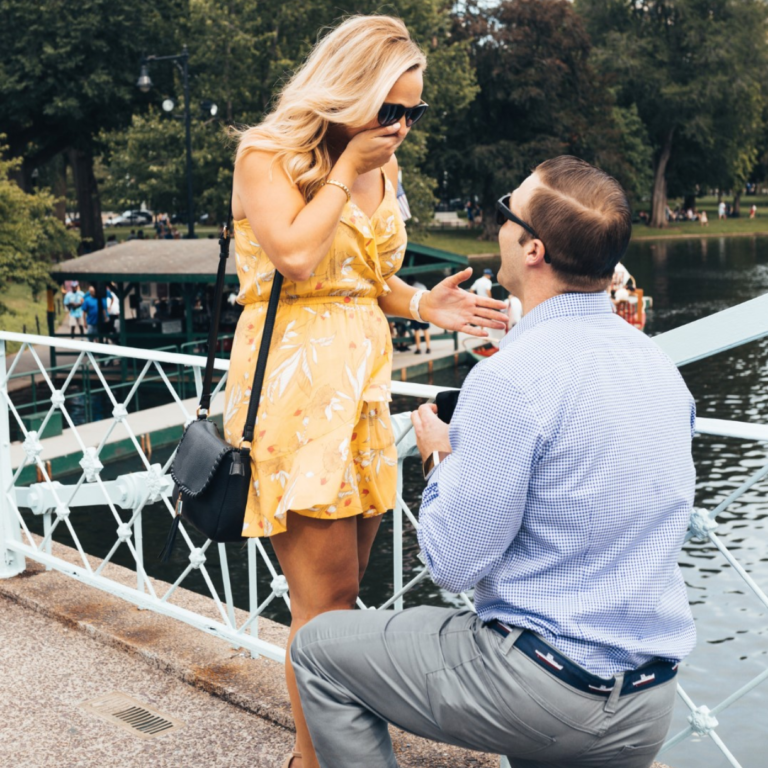 Rain or shine, the question was going to be popped. Thankfully, luck was on Rob’s side during sundown, just in time to capture that picture-perfect moment. 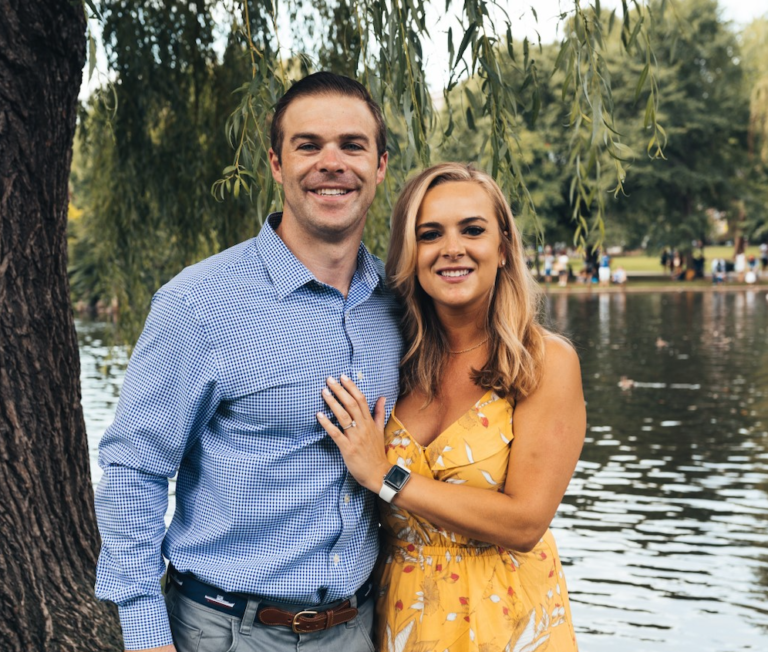 The night was still young and their many surprises in store, like a champagne dinner in the Back Bay. But, no date night is complete without a quick nightcap at their favorite Irish bar, Mr. Dooley’s, where another surprise awaited. Lauren was left speechless after walking into their families, as well as hometown and college friends. Celebrations were in order – right where the love story began. 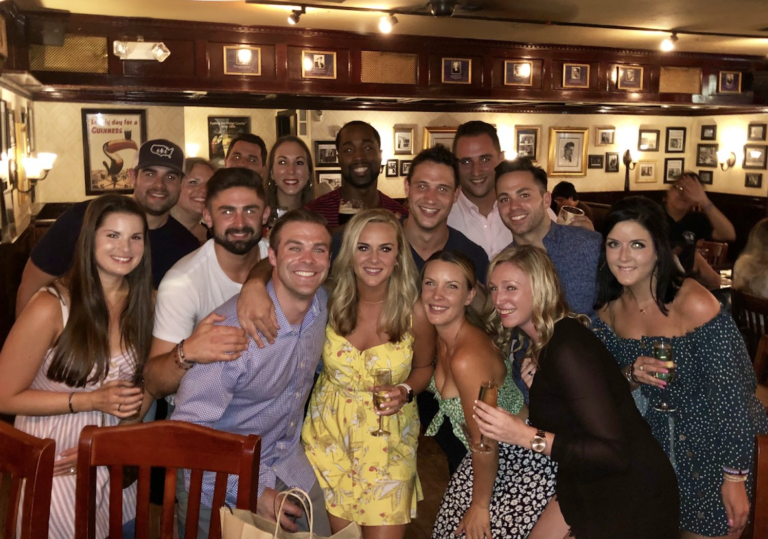 No matter the piece or purpose, we want to make your jewelry shopping experience the best it can be. That’s the attitude that we’ve had for over 182 years and we’re happy to see it’s worked all this time. Visit our site to learn more.