A Puppy Proposal To Remember 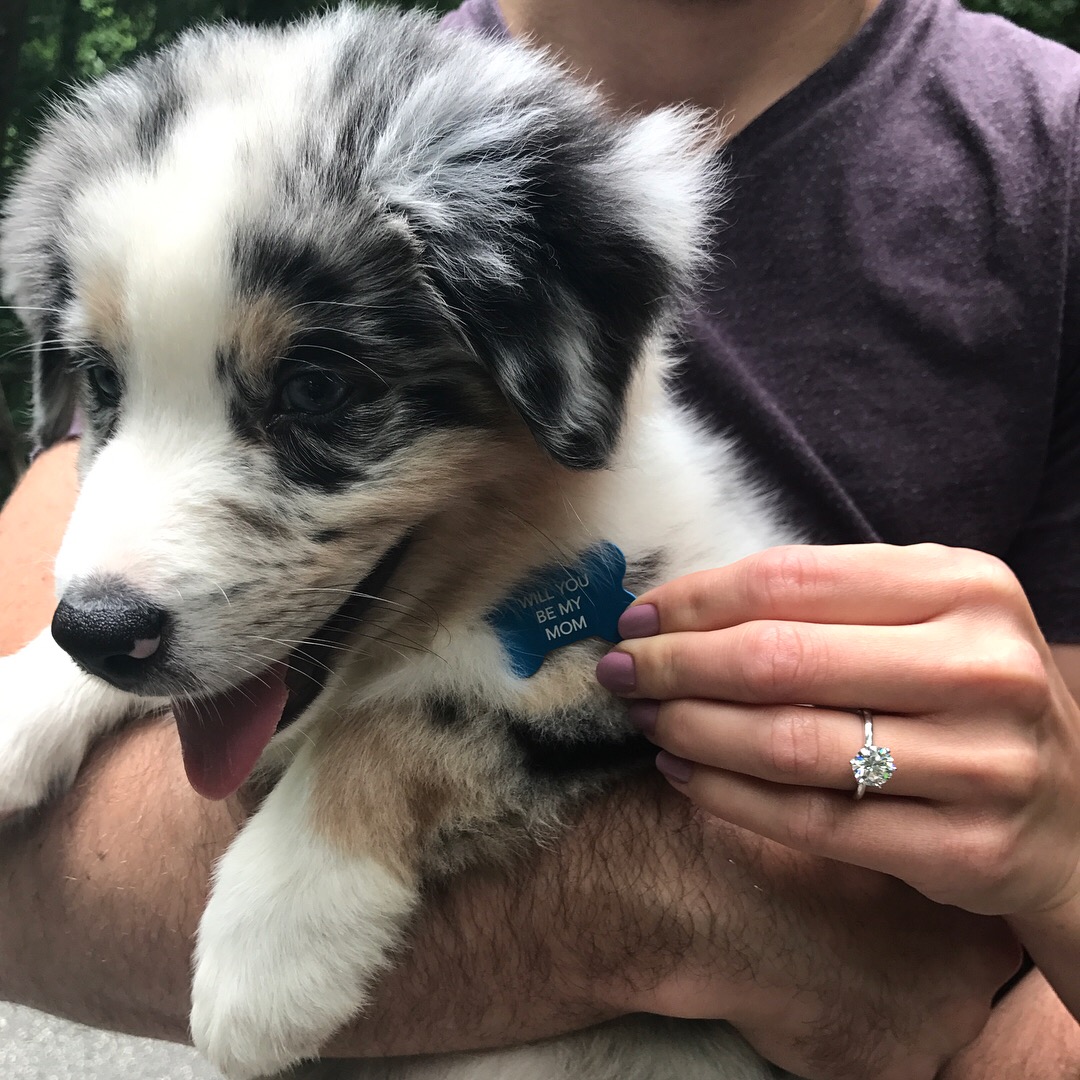 When Todd and I met in South Boston, it was one of those ‘when you know, you know’ moments. After we were snowed into my 318-square-foot North End apartment for five straight days (after only a couple weeks of dating), we knew we were bound to stay together. Three years later, a dog tag proposal, an Australian Shepherd and a solitaire engagement ring solidified it. How we got there had a lot of twists and turns, but one thing unified us – as it did my parents and grandparents before me.

Todd moved to Philadelphia for work just a few months after we began dating. The next 12 months we spent flying between cities. After a year of long distance, we knew it was time to make a change. We packed that 318-square-foot apartment into a U-Haul and drove it down to Philly. 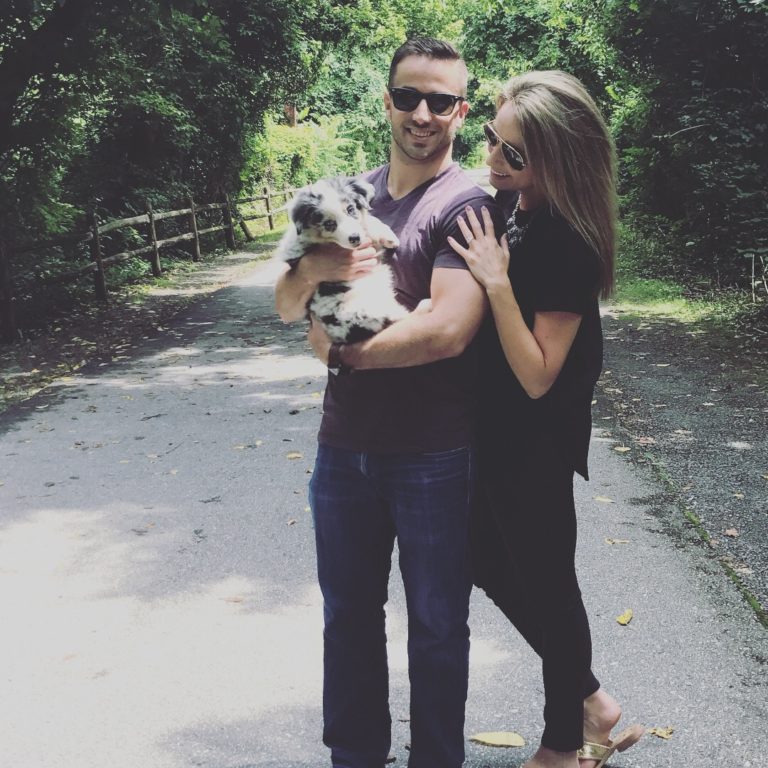 While talking about our future, a big part of our discussion was the sentimental value E.B. Horn holds in my family. My grandfather first visited the quaint, family-owned shop more than 30 years ago. And since then almost every ring, necklace and watch my family owns was purchased there. When Todd visited E.B. Horn to meet with Doug, he brought a family receipt from 1988 with him. Turns out, Doug’s father, Michael, had sold an engagement ring to my grandfather all those years ago.

Living in Philly, Todd found himself in a web of lies while trying to visit the Downtown Crossing store without me knowing. Somehow, he was able to pick out the diamond, design the band and visit a few times while I was clueless back at home.

The ring was delivered to our condo in early July, but Todd had planned to propose with a puppy that he couldn’t adopt until August. To this day, he still can’t believe I never found the ring. 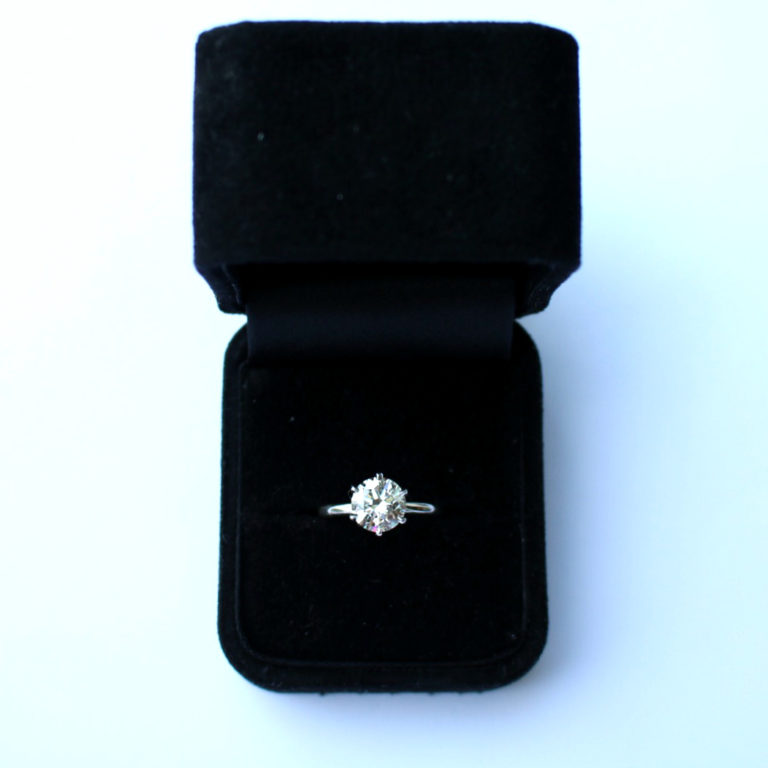 Todd orchestrated decoy plans for me so he could surprise me and propose on the Philly waterfront. But when it started raining that morning, I unknowingly cancelled the fake plans. Todd already traveled to upstate New York to pick up his final proposal prop. And unlike the ring, he wouldn’t be able to hide a puppy from me for 24 hours. He proceeded with plan B.

When I walked through our doorway that night, the George Ezra song we listen to on repeat was playing, and our condo was filled with balloons and all of my favorite flowers. Todd set up enough cameras to capture the moment from every possible angle. I saw Todd standing there with an Australian Shepherd puppy (who we later decided to name Copper). In shock, I picked Copper up as Todd got down on one knee. All I remember I kept saying was “Oh, my God” and “Are you serious?” As soon as he opened the box, I knew the engagement ring was from E.B. Horn.

Not only does my ring represent one of the most exciting times in our life together, but is also a happy and constant reminder of my grandfather and the tradition he started 300 miles away. 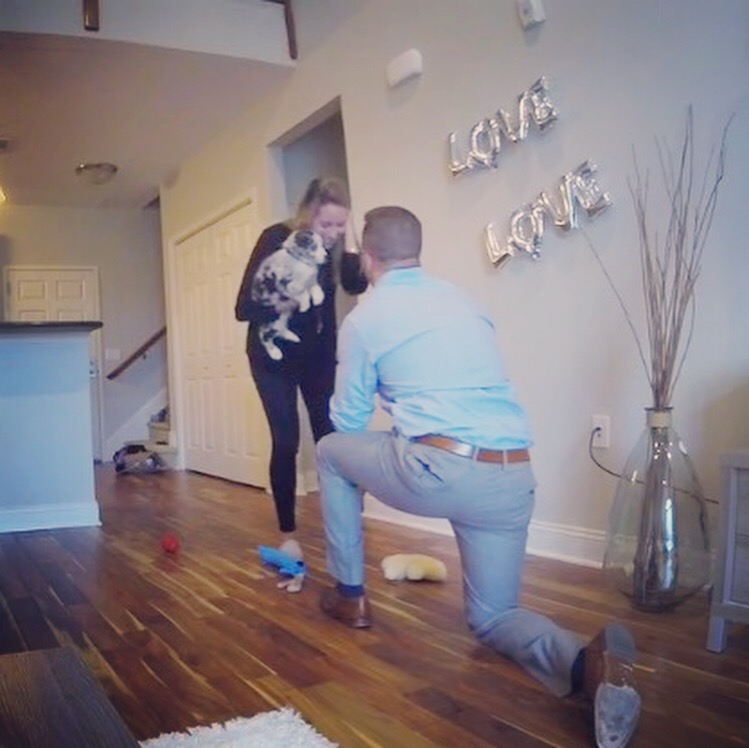